Home » Getting a DWI Reduced 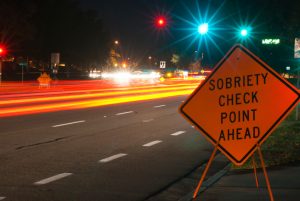 The term “wet reckless” typically refers to a reckless driving offense that was originally charged as a driving while intoxicated (DWI) arrest. Wet reckless charges are often the result of plea bargaining between a prosecutor and a criminal defense attorney.

While guilty pleas are more common in cases that have stronger evidence that will prove an alleged offender’s guilt beyond a reasonable doubt, wet reckless agreements can be reached in cases where the evidence may be lacking. For example, a person may be able to get his or her DWI charges reduced to reckless driving if he or she had a low blood alcohol concentration (BAC), there were no visible signs of impairment on an officer’s dashcam video of the arrest, or the alleged offender has no prior criminal record.

Convictions for reckless driving carry penalties that are much less serious than drunk driving convictions. In addition to lower fines and less possible jail time, alleged offenders may also be able to avoid having their driver’s licenses suspended.

In many cases, wet reckless plea bargains involve alleged offenders agreeing to complete community service in lieu of jail time. Instead of having licenses suspended or revoked, individuals may agree to install ignition interlock devices (IIDs) in their vehicles.

Anybody who has been charged with DWI in Central Texas will want to be certain to seek legal representation for help possible getting the criminal charges reduced. The Law Office of Kevin Bennett defends residents of and visitors to Sunset Valley, Lago Vista, West Lake Hills, Pflugerville, Bee Cave, Lakeway, and several surrounding areas in Central Texas.

Austin criminal defense attorney Kevin Bennett can investigate all of the circumstances surrounding your arrest and fight to help you achieve the most favorable outcome that results in the fewest possible consequences.