Prescription Drug Fraud On the Rise 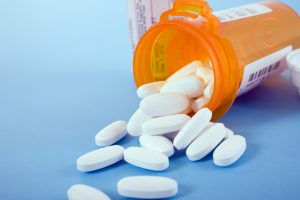 On July 13, 2017, federal officials announced that they were filing charges against more than 400 individuals for their roles in multiple fraud schemes involving about $1.3 billion in false Medicare billings. According to the FBI, the coordinated nationwide sweep by more than 1,000 law enforcement personnel—operating as part of the Medicare Fraud Strike Force—was the largest action to date.

The Medicare Fraud Strike Force Team analyzes data and helps prosecute alleged offenders for health care fraud schemes, including prescription drug fraud cases. One of the examples officials used to illustrate the types of the crimes committed by the 412 charged defendants across 41 federal districts included a Houston physician and pain management clinic owner who saw 60 to 70 clients a day and allegedly issued medically unnecessary prescriptions for hydrocodone in exchange for $300 cash per visit.

“It’s obvious to anyone who picks up a newspaper or turns on the news that the nation is in the midst of a crisis,” FBI Acting Director Andrew McCabe said at a July 13 press conference at the U.S. Department of Justice. “Opioid abuse destroys lives and it devastates families. This week, we arrested once-trusted doctors, pharmacists, and other medical professionals who were corrupted by greed. These people inflicted a special kind of damage.”

More than 120 people were charged for their roles in prescribing and distributing opioids and other dangerous narcotics as part of the 412 individuals charged in the fraud schemes. In addition to possible federal charges, a person could also be prosecuted for alleged prescription drug crimes under Texas state law.