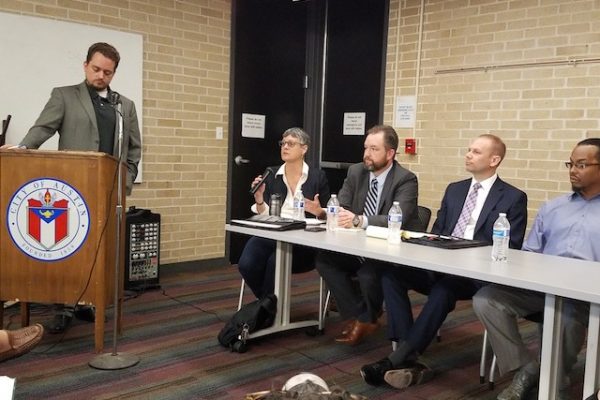 For years, Travis County has been one of the largest counties in the country without a public defender’s office. Instead offenders who couldn’t afford legal representation had to resort to the Capital Area Private Defender Service (CAPDS), which is a non-profit joint venture corporation with several other legal associations that is dedicated to giving defenses to those who can’t receive them.

Although this effort has worked for years, legal professionals have been expressing concerns about the quality of representation for low-income defendants. Travis County Judge Sara Eckhardt was the first to raise the issue in 2018 when she expressed concerns about the defense system for indigent defendants in the county. To combat this, she worked with the Commissioners Court to create a 14-person team tasked with finding various ways to improve the quality of representation low-income defendants were receiving.

That May, the county’s criminal court judges approved of a proposal for a $27 million state grant to start up a public defender’s office in Travis County. The grant will be funded from the Texas Indigent Defense Commission through April 2024. The county plans to assume full funding of the office once it’s completed, which can estimate up to $8.8 million a year.

The question for the longest time was, however, who will lead this office? It’s been a major discussion revolving the public defender’s office for a while. That answer finally came on February 5th when the County Commissioners Court unanimously approved of University of Virginia law professor Adeola Ogunkeyede to head the new office.

Ogunkeyede was the first legal director of the Legal Aid Justice Center’s Civil Rights and Racial Justice Program in Charlottesville, Virginia. She also worked as a supervising attorney and litigation supervisor for the criminal practice of the Bronx Defenders, a criminal and civil justice organization based in New York.

Chief Ogunkeyede’s office will represent adult criminal defendants who aren’t able to afford a lawyer. Her statement on Wednesday was that she will provide “robust and client-entered representation” and “improve the quality of public defense representation countywide.”

The new lead of the public defender’s office will start her position this April. Her office will then make four additional hires in fiscal 2020 but will not begin taking cases until October 2020. It’s estimated that by 2024 the office will have a total of 67 positions and be equipped to handle 30% of all indigent defendants. Over the years, the office hopes to wean itself from the services of CAPDS and take nearly all defendants who can’t afford representation.

The development of the new public defender office means those who can’t afford a quality criminal defense attorney can now do so with minimal difficulty. Defendants will no longer have to travel out of county to meet their lawyer, go through numerous middlemen to set up an appointment or go through third parties to obtain legal representation. Additionally, with the resources given to the public defender’s office defendants aren’t only able to obtain legal counsel efficiently, but they will gain quality representation that will give them a fighting chance to reduce or dismiss their charges.