Home » How Serious Is a Possession of Marijuana Charge?

How Serious Is a Possession of Marijuana Charge? 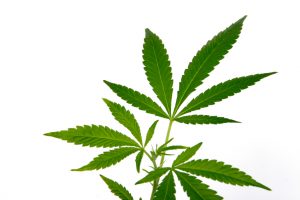 In November 2012, KUT-FM reported that an open records request showed that more than a quarter of the 18,000 people busted by the Austin Police Department (APD) for marijuana possession since 2009 were given notices to appear (commonly referred to as “marijuana tickets”) instead of being placed under arrest. Thanks in large part to the enactment of House Bill 2391 in 2007, Texas Code of Criminal Procedure § 14.06 was amended such that peace officers could issue citations instead of arresting people charged with any Class A or Class B misdemeanors who resided in the counties where the offenses occurred.

Marijuana possession offenses involving four (4) ounces or less of marijuana are charged as misdemeanors, so it is not surprising that many of the people who were beneficiaries of the 2007 bill were individuals charged with possessing cannabis.

The APD policy manual has a list of conditions that disqualify a person from being issued a citation, with all of the following being considered disqualifying circumstances:

Prior criminal records can play a major role in options available to alleged offenders accused of marijuana possession in Travis County. Some people can have their charges reduced to Class C misdemeanors if they agree to complete a 15-hour drug offender education program.

Kevin Bennett is an experienced criminal defense lawyer in Austin who can fight to possibly get your criminal charges reduced or dismissed. The Law Office of Kevin Bennett represents clients in Lakeway, Sunset Valley, Lago Vista, West Lake Hills, Pflugerville, Bee Cave, and many other nearby communities in Central Texas.