Home » Should I Get a Public Defender or a Court-Appointed Attorney?

Should I Get a Public Defender or a Court-Appointed Attorney? 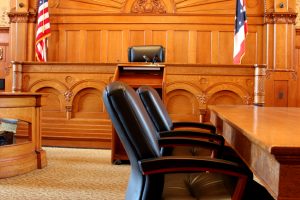 The Sixth Amendment to the United States Constitution establishes that:

In all criminal prosecutions, the accused shall enjoy the right to a speedy and public trial, by an impartial jury of the State and district wherein the crime shall have been committed, which district shall have been previously ascertained by law, and to be informed of the nature and cause of the accusation; to be confronted with the witnesses against him; to have compulsory process for obtaining witnesses in his favor, and to have the Assistance of Counsel for his defense.

While the right to legal counsel is guaranteed, the manner of paying for such representation is not. As a result, some alleged offenders facing criminal charges who are unable to afford private lawyers must seek court-appointed public defenders.

Public defenders are usually full-time county employees, some of whom have experience with a wide variety of criminal cases while others may handle only specific kinds of misdemeanor or felony offenses. Additionally, some public defenders have close working relationships with many prosecutors, leaving open the possibility of plea agreements in certain cases.

Public defenders, however, often have to handle very large caseloads. In some cases, they do not meet the people they are representing until just minutes before the individuals must enter pleas. Furthermore, an alleged offender must accept the public defender appointed to his or her case.

An alleged offender must be considered indigent (poor or needy) in order to be appointed a public defender. CAPDS uses the following criteria in determining whether a person is indigent:

A presumption of indigence exists when an alleged offender’s current household income does not exceed 125 percent of the current Federal Poverty Guidelines; he or she is currently receiving food stamps, Medicaid, temporary assistance for needy families, social security assistance or public housing; or he or she is currently serving a sentence in a correctional facility mental health institution or other sentence. A judge can determine that an alleged offender who does not meet any of the financial standards set forth above is nevertheless indigent if that person is otherwise unable to retain private counsel without substantial hardship to the defendant or the defendant’s dependents, taking into account the nature of the criminal charge(s); the anticipated complexity of the defense; the estimated cost of obtaining competent legal representation for the matter charged; and the amount needed for the support of the alleged offender and his or her dependents.

If you are facing any kind of criminal charges in Central Texas, Kevin Bennett is an experienced criminal defense attorney in Austin who will fight to help you achieve the most favorable resolution to your case that results in the fewest possible penalties. The Law Office of Kevin Bennett  aggressively defends clients in communities all over the greater Travis County area, such as Lakeway, Pflugerville, Sunset Valley, West Lake Hills, Bee Cave, Lago Vista, and many others.