Home » You Will Pay to Party: Criminal Consequences of Ecstasy Possession

You Will Pay to Party: Criminal Consequences of Ecstasy Possession 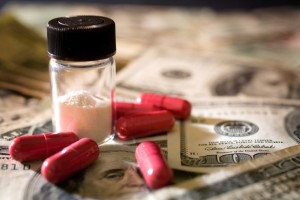 MDMA, also known as ecstasy or molly, is an illegal substance that acts as both a stimulant and psychedelic, producing an energizing effect, as well as distortions in time and perception and enhanced enjoyment from physical experiences.

Usually, MDMA which is an acronym for it’s chemical name, 3,4- methylenedioxymethamphetamine, is taken orally, typically in a tablet or capsule, and it’s effects last roughly 3 to 6 hours.

The average reported dosage is 1 to 2 tablets, with each tablet usually containing between 60 and 120 milligrams of MDMA. It’s not unusual for users to take a second dose of the drug as the effects of the first dose begin to wear off.

Although MDMA is known universally among users as ecstasy, researchers have determined that many ecstasy tables contain more than just MDMA. Many ecstasy tablets also contain a number of other drugs or drug combinations that can be unsafe.

The usage of ecstasy and LSD among young adults and college students has spiked over the past two years, survey results displayed the numbers taking the drug in the past 12 months is up 84%. An estimated 157,000 more people aged 16-24 consumed ecstasy over the past year compared to 2 years ago.

An estimated 1 in 20 young adults have used ecstasy in the past 12 months. In 2015, a mass MDMA (Molly) overdose of nearly a dozen University students happened and left one student in critical condition for an undetermined length of time.

The overdoses reportedly occurred following a party at a coed fraternity-like organization. Police reports concluded that it likely a “bad batch” of MDMA that led to the overdoses.

Ecstasy/MDMA has received greater attention in recent years as the drug gains more popularity among young people, college students and especially those who attend dance clubs or festivals.

Ecstasy/MDMA is classified as a schedule II controlled substance. Substances in this schedule group have a high potential for abuse which may lead to severe psychological and physical dependence.

Ecstasy/MDMA is classified as a controlled substance in Austin, Texas. Punishment for a simple possession of MDMA range starts at less than a gram, is a “state felony” with a mandatory minimum of 180 days in county jail; up to 2 years and a fine of up to $10,000. 400 grams or more is mandatory 5-year minimum with possible life imprisonment.

Punishment for distributing or manufacturing MDMA in Austin, Texas, possessing it with the intent to distribute starts at less than 1 gram, is a “state felony” with mandatory minimum sentence of 180 days in county jail; up to 2 years and a fine of up to $10,000. 400 grams or more is likely to get 10-year minimum in prison, with possible live imprisonment.

If you are a student at University of Texas at Austin, St. Edwards University or Austin Community College and are arrested with possession of ecstasy or MDMA contact an experienced criminal defense attorney.

Attorney Bennett fully evaluates each case in order to work for the best outcome possible for every client.  Contact the Law Office of Kevin Bennett at (512) 476-4626 today to schedule a free consultation.