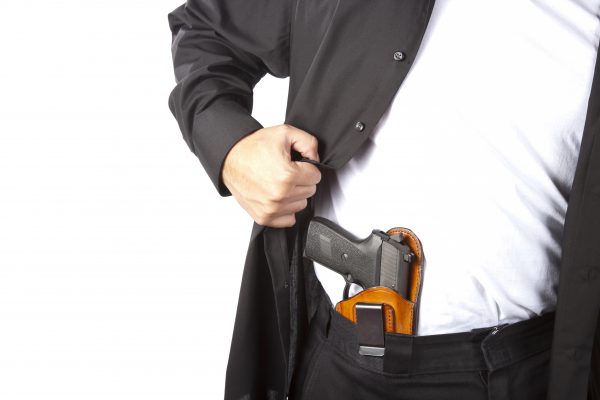 June 16th, 2021 was a momentous day for Texas gun rights advocates as Governor Greg Abbott finally signed House Bill 1927 into law. HB 1927, commonly referred to as the Permitless Carry Bill, eliminates the requirement for Texans to obtain a license to carry a handgun as long as they’re not prohibited under state or federal law. The seal of approval from Abbott is a huge win for conservatives who have sought after “constitutional carry” rights for years.

The term “constitutional carry” refers to the legal carrying of a handgun openly or concealed without a license or permit. The phrase reflects the Second Amendment to the U.S. Constitution, which does not abide restrictions on gun rights and states all citizens have the right to bear arms. Currently, there are 21 states in the U.S. that allow permitless concealed carry and open carry. Another 15 U.S. states only allow permitless open carry, although there may be local restrictions depending on the area.

Initially, both Gregory Abbott and other Republicans were noncommittal about the bill. They changed their tune and ceded when political pressure began to mount due to the House passing the bill. The Senate then tacked on several amendments to address concerns brought up by law enforcement groups who were worried the bill would make it easier for criminals to access firearms. The Senate also preserved an amendment which would enhance criminal penalties for felons and those convicted of family violence.

The bill has also drastically changed the elements for unlawful carry. Now, a person cannot be charged for unlawfully carrying a firearm unless they’re under the age of 21 or they have been prohibited to own one under state or federal laws. The bill also allows those with unlawful carry convictions to expunge their records if they were convicted before September 1st, 2021. The crime is still classified as a class A misdemeanor or a third-degree felony depending on the facts of the case.

“It is far past time for the state of Texas to recognize the right of law-abiding Texans to protect themselves and their families – without having to ask for permission. GOA is proud to have been a critical part of getting this important measure to Governor Abbott’s desk. We are thankful for the support and dedication of our members and the countless hours they spent at the Capitol this session. We also applaud the unending commitment of Rep. Matt Schaefer in defending the right of the people of Texas to bear arms.”

No matter your opinion on the matter, it’s important you thoroughly understand Texas’s laws pertaining to firearms to avoid unwanted charges. If you’ve been arrested for a weapons or firearm-related crime, we urge you to contact Kevin Bennett. He has spent years defending clients from firearm-related charges and can do the same for you. Call (512) 476-4626 to set up your first consultation in the Travis County area.