What Is a No Refusal Weekend? 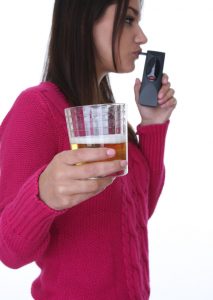 During certain holidays or major events, many law enforcement agencies will advertise so-called “No Refusal Weekends,” drunk driving prevention efforts in which motorists are told that they cannot refuse chemical testing requests. Police officers may be authorized to conduct forced blood draws during these weekends when alleged offenders do refuse to submit to a blood, breath, or urine test.

Despite their name, people still have the right to refuse requests for chemical tests when suspected of driving while intoxicated (DWI)—even during “No Refusal Weekends.” Refusal to submit will still result in a person’s driver’s license being automatically suspended, and any failure to comply with a legally authorized blood draw could result in additional criminal charges.

The United States Supreme Court ruled in Missouri v. McNeely, 569 U.S. 141 (2013) that “the natural dissipation of alcohol in the bloodstream does not constitute an exigency in every case sufficient to justify conducting a blood test without a warrant.”

Some people comply with law enforcement requests for chemical testing and are then arrested when they register blood alcohol concentrations (BACs) of 0.08 or greater. Police errors in the administration of these tests or the constitutionality of the roadblock are both factors that could lead to criminal charges possibly being reduced or dismissed.

Texas Transportation Code § 724.012 authorizes peace officers to require the taking of a specimen of a person’s breath or blood under any of the following circumstances if the officer arrests the person for an offense under Chapter 49 of the Texas Penal Code involving the operation of a motor vehicle or a watercraft and the person refuses the officer’s request to submit to the taking of a specimen voluntarily:

While drunk driving is certainly a serious criminal offense in Texas, criminal charges do not stand when authorities violate the constitutional rights of alleged offenders. Any person arrested for DWI during a “No Refusal Weekend” will want to immediately retain legal counsel for help achieving the most favorable possible case outcome.